Israel experiences a large influx of tourists and pilgrims annually. According to the Federal Bureau of Statistics, approximately 2.3 million tourists visited Israel in April 2017, this indicated a 38% rise in tourism compared to the previous year in the region.

As more people travel to Israel, it should be noted that health care cost can be high for foreigners, especially when they travel without insuring their trip to Israel. Hence it is wise to purchase a suitable travel insurance policy to mitigate unpredicted expenses associated with the risk of sudden illnesses, accidents and other unforeseen events that may occur during the tourists’ trip.

General Information about insurance to Israel

What options are included in the Travel insurance policy?

The travel insurance policy offers the coverage of travel related expenses and it also includes other additional options which could be medical or non-medical. These options are included in accordance with the traveler’s lifestyle and envision of future events during the trip.

The insured might not be able to proceed with the trip on the scheduled date of departure, due certain circumstances beyond control. The following instance may necessitate the cancellation of a scheduled trip:

Note:
These events will be covered provided the following conditions:

This option provides coverage for expenses and inconveniences arising from the loss or damage of an insured traveler’s valued property, in accordance with the insurance terms and conditions. For instance, the insured may lose luggage containing clothes, passports, credit cards and medications or certain kind food items, especially when such an individual is under a specific diet, due to health conditions. In such cases, the travel insurance will provide compensation if this particular option is included in the insurance policy. The insurance company will compensate the insured by recovering a certain percentage of the initial cost of purchasing the lost or damaged property, considering deprecation of the properties. For instance, the insurance will not pay the initial amount of purchasing a properties of certain age.

If this option is included in the travel insurance, it will protect the interest of the insured by covering the expenses and inconveniences confronting the insured as a consequence of inflicting pains or causing an inadvertent damage to third party’s property, or falsely being detained. The insurance company will provide a means of resolving such issues through its network of expert advocates. For instance, the insured tourist may damage an artifact by mistake, or might be charged for misconducts at some sacred centers.

If this option is included, the travel insurance will cover any case that may cause the delay or postponement of the insured tourist’s journey as a result of certain conditions, shortly after acquiring a ticket to Israel. When a travel delay is experienced, the insurance will compensate for any inconveniences warranting accommodation, feeding and subsequent transportation required to proceed on a planned trip, provided the insured documents these expenses.

The insurance will cover or protect the insured from the following situations:

If the insured intends to partake in certain exercise during the trip, it will be advisable to include the sport insurance option. For instance swimming, climbing hills, playing cricket or football might warrant the inclusion of this option.

This insurance provides coverage for expenses associated with catering for unexpected events that may confront the tourist or pilgrim while travelling to Israel or residing within the region during the entire period of the trip. This particular insurance covers accidents that directly results in the following cases:

The insurance company’s liability shall not exceed a certain amount in the stated events.

Insurance companies will deny coverage in the following cases:

Actions taken in times of distress

The cost of acquiring medical services in Israel is cheaper than other medical services offered in Europe and the United States. This reduced cost of health care services in Israel is attributed to the possession of advanced health technology facilities, and the fact that the Israeli health care sector is heavily funded by revenues generated from progressive taxation and increased rate of medical tourism. Medical tourists from Europe, Russia, neighboring Cyprus and the United States leave their various countries to receive quality and affordable medical services. Reports cited in Wikipedia revealed that the Israeli health care offered health services to about 30,000 medical tourists in 2010. In fact, patients without insurance in the United States may spend approximately $120, 000 for a heart bypass surgery, compared to Israel in which similar medical procedure would cost approximately $30,000.

The following are cost of some medical procedures in Herzliya:

In times of distress, the insured in advised to call the following free numbers below:

The Center for Disease Control warns tourist and pilgrims traveling to Israel against the following diseases:

The following seasons are predominant in Israel:

There are tendencies for occurrence of attacks in Israel and other occupied Palestinian territories. This could be as a result of increased tensions, due to attacks from Gaza and Israeli airstrikes on Gaza. Hence, such interactions between the Gaza and the Israeli security forces may increase the occurrence of retaliatory attacks by Terrorists in Israel. Tourists, Pilgrims, foreigners and other residence should be vigilant.

The table below presents a summary of terrorist activities in 2017: 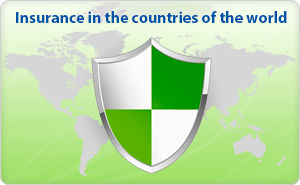